Once known as the “Great American Desert” and “Sea of Grass,” the Great Plains are an environment as powerful as it is underestimated.

A land where thunder rumbles on sunny days, wildfires and blizzards stabilize the land and the only constant is the wind and its unpredictability.
The Great Plains is a truly amazing ecosystem that not many people (including those that live in it) take time to think about. We seem to only learn about the area when it applies to the Dust Bowl or Westward Expansion. Without talking about the things that make this land so interesting it’s hard to give it the love and appreciation it deserves.
I’ve lived most of my life in Great Plains states. Until relatively recently I thought of it as nothing more than a marginally interesting place. Nothing more than a cool mosaic to fly-over and watch from thousands of feet in the air.
On a bird watching trip from Fort Collins, CO down to Brownsville, TX, I was shown just how diverse the area is and just what I had been missing out on.We awoke one morning to a chorus of quail, meadowlarks and many sparrow species I never knew existed. We watched pronghorn feeding on small shrubs and a coyote melt away into the grasses. At that point I realized that this wasn’t the strange side-dish of North America’s ecosystems. It was a smorgasbord of species with a wide variety colors, sounds, shapes and sizes.
The vast majority of the Texas trip was spent traveling in the Great Plains. But after that first night, I had a new found love for what lived within the sea of grass. Hours on end were spent just watching for movement within the tan hills and wide open skies.
I understand that (sadly) not everyone will be overjoyed at the sight of bunch-grasses on the side of the road as they go to work, but there are a few things that might help you see this magical place as more than just a grass covered wasteland. It’s massive, complex and diverse in habitats, species and land forms. In this three post series, we’ll talk about the diversity, interactions and modern outlook of the Great Plains.
I will do my absolute best to preach hope about this amazing landscape. I don’t believe that speaking in doom and gloom is as helpful as pure enjoyment. I promise to keep this light, educational and happy as much as possible. 😊 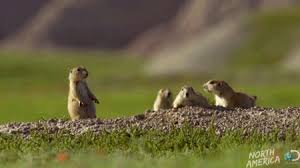 One commonly under-rated feature of the Great Plains is it’s immense size.

At it’s widest, It spans from Fort Collins, Colorado to Chicago, Illinois. It’s width is only topped by it’s length since it reaches from Canada’s Mackenzie River to south-central Texas or the Rio Grande (depending on the source asked. {Maps vs. Britannica})

That large expanse of land isn’t the same all across. Changes in altitude, precipitation and temperature have created three general ecoregions within the Great Plains. 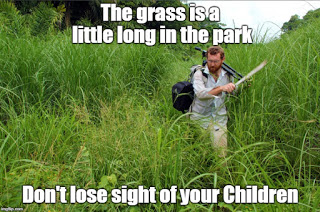 But that’s all going to be covered in the next post!
See you soon,
Sean W.

One thought on “The Great Plains: Mosaic of Life”